of great importance, because I remained uneducated for almost nine years, and those are the most formative years. After that, even if you try, you cannot be educated. So in a way I am still uneducated, although I hold many degrees. Any uneducated man could have done it. And not any degree, but a first-class master’s degree—that too can be done by any fool. So many fools do it every year that it has no significance. What is significant is that for my first years I remained without education. There was no school, no road, no railway, no post office. What a blessing! That small village was a world unto itself. Even in my times away from that village I remained in that world, uneducated.”

In Osho’s words he explains the day of his birth “I was incarnated into this body on this day. This is the day I saw for the first time the green of the trees and the blue of the skies. This was the day I for the first time opened my eyes and saw God all around. Of course the word ‘God’ didn’t exist at that moment, but what I saw was God.”

Following the death of his paternal grandmother, the care of her youngest children and of the family business falls to Osho’s young parents. Osho goes to live with his maternal grandparents, who proved for him an extraordinary atmosphere of freedom and respect.

According to his own accounts, and the accounts of others, who knew him during his childhood, he was a daredevil and mischief-maker, never missing an opportunity to test his own physical limits and to challenge self-importance or hypocrisy wherever he found it. He was a rebellious and independent spirit, insisting on experiencing the truth rather than acquiring knowledge and beliefs given by others.

After the death of his maternal grandfather, Osho and his grandmother both move to Gadarwada, the town where his parents live. There he is enrolled in school for the first time. Here he was creating mischief and challenging his teachers, Osho continues the adventurous and often solitary approach to life that characterized his first years with his grandparents.

In 1945, at the age of fourteen, he undertakes a seven-day experiment, waiting for death, provoked in part by an unusual prediction by an astrologer who was commissioned to calculate his birth chart. (My mother’s father used to tell me that when I was born he consulted one of the best known astrologers of those days. The astrologer was to make my birth chart, but he studied it and he said, “If this child survives after seven years, only then will I make the chart. It seems impossible that he can survive for more than seven years, so if the child is going to die it is useless to make the chart; it will be of no use. It is almost certain that this child is going to die at the age of twenty-one. Every seven year he will have to face death.” – Osho

So my parents, my family, were always worried about my death. Whenever I would come to the end of a seven-year cycle, the 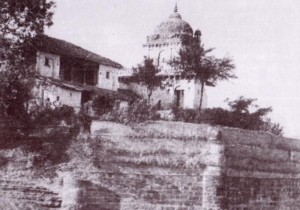 …When I reached the age of fourteen, my family again became disturbed that I would die. I survived, but then I again tried it consciously. I said to them, “If death is going to occur as the astrologer has said, then it is better to be prepared. And why give a chance to death? Why should I not go and meet it halfway? If I am going to die, then it is better to die consciously. – Osho” … I went to a temple just outside of my village. I arranged with the priest that he should not disturb me. It was a very lonely, unvisited temple – old, in ruins.

No one ever came to it. So I told him, “I will remain in the temple. You just give me something to eat and something to drink once a day, and the whole day I will be lying there waiting for death.”

“For seven days I waited. Those seven days became a beautiful experience. Death never came, But on my part I tried in every way to be dead. Strange, weird feelings happened. Many things happened, but the basic note was this– that if you are feeling you are going to die, you become calm and silent. Nothing creates any worry then, because all worries are concerned with life.

Life is the basis of all worries. When you are going to die anyway one day, why worry? Then again at age of twenty-one, my family was waiting. So I told them, “Why do you go on waiting? Do not wait. Now I am not going to die.” Physically, someday I will die, of course. However, this prediction of the astrologer helped me very much because he made me aware very early about death. I could meditate and could accept that it was coming. 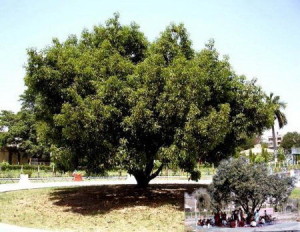 The Maulshree tree, under which Osho became Enlightened.

After His enlightenment at the twenty one, Osho completed His academic studies and spent several years teaching philosophy at the University of Jabalpur. Meanwhile, He traveled throughout India giving talks, challenging orthodox religious leaders in public debate, questioning traditional beliefs, and meeting people from all walks of life. He read extensively, everything He could find to broaden His understanding of the belief systems and psychology of contemporary man.

Osho majors in philosophy and wins numerous awards in debating competitions. He graduates with honors from D.N. Jain College and invited by Professor S. S. Roy to do his postgraduate study at Sagar University.

Osho accepts a position first at Sanskrit College in Raipur and later at the University of Jabalpur, where he teaches philosophy. His unorthodox and challenging approach to teaching draws many students to his classes, regardless of whether they have actually enrolled for credit. As the years pass he begins to spend more and more time away from his teaching duties and begins traveling to public speaking engagements throghout India. 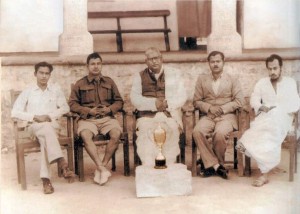 In addition to his speaking engagements, Osho begins to hold 3 to 10 days “meditation camps” in the countryside, where he gives daily talks and personally guides the participants in meditation. 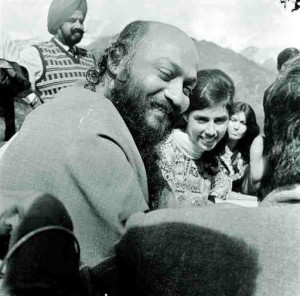 Ranakpur Meditation Camp became a landmark in Osho’s work because for the first time his discourses and meditations were recorded and published in a book, “Path to Self-Realization”, which was widely acclaimed in India. Osho later said that this book contains his whole teaching, which has never altered.

A quarterly magazine in Hindi is published by Jivan Jagruti Kendra of Bombay, which also becomes the official publisher of books transcribed from Osho’s talks.

By this time, he is widely known as “Acharya Rajneesh”.